We had a chat with Lonely Mountain Skis' head ski maker, Jamie Kunka, to learn more about their freeride skis that are handmade in Scotland. For every ski sold, they aim to plant two trees to offset the CO2 produced when making the skis, and 80% of their materials are from grown sources. Their mission is to make skis that will last a lifetime and be beautiful enough to hang on the wall between the seasons. 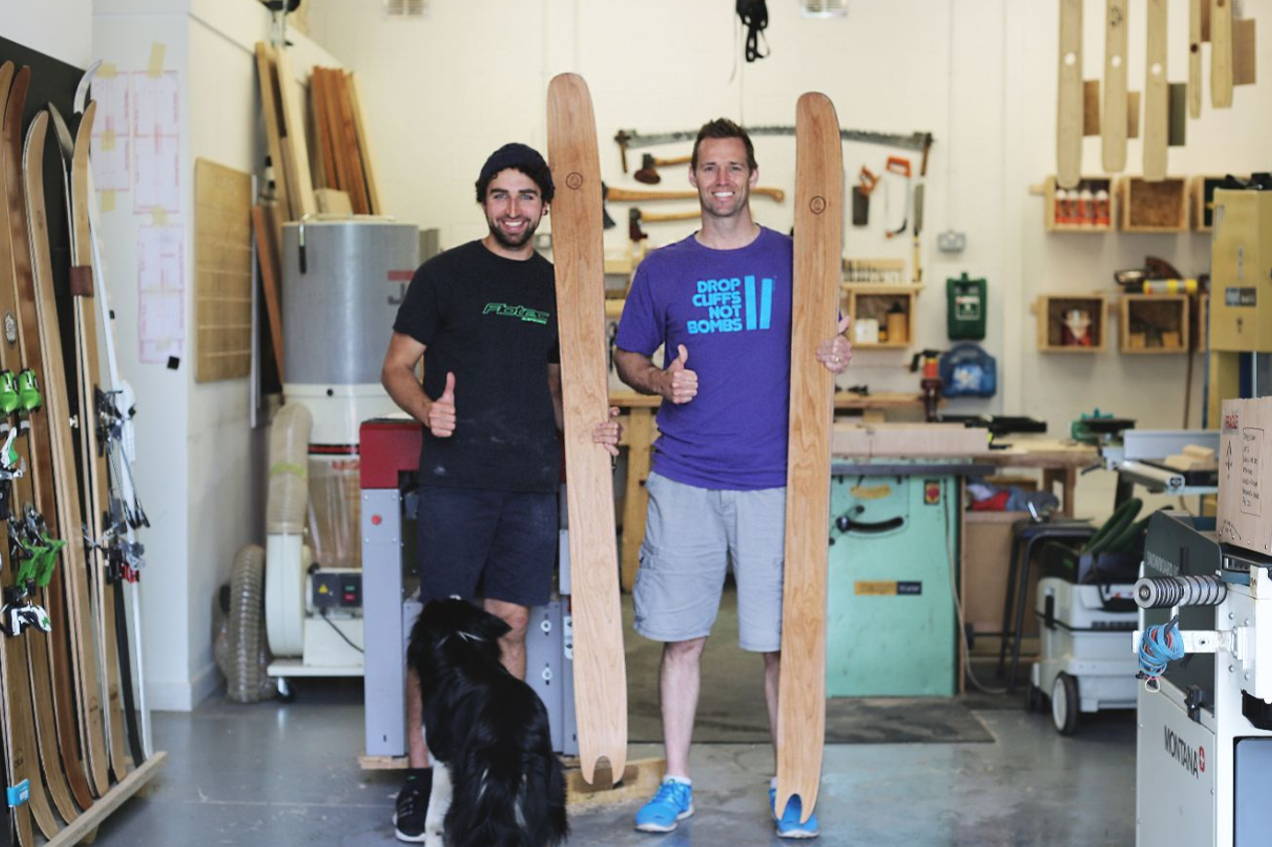 Can you tell us about Lonely Mountain Skis and where it all began?

"The idea of Lonely Mountain Skis came to me in my final year of art college. After convincing my lecturers that I should do a project about skiing, I set about trying to solve the problem of skis being essentially throw away items and made in quite an unsustainable way. I wanted to design a ski that utilised all the great characteristics of natural materials, like wood and natural composite fibres, and put them into a high-performance modern design. I also wanted the company to somehow look back to the glamour and simplicity of traditional wooden skis, that were free from meaningless tech jargon and busy designs." 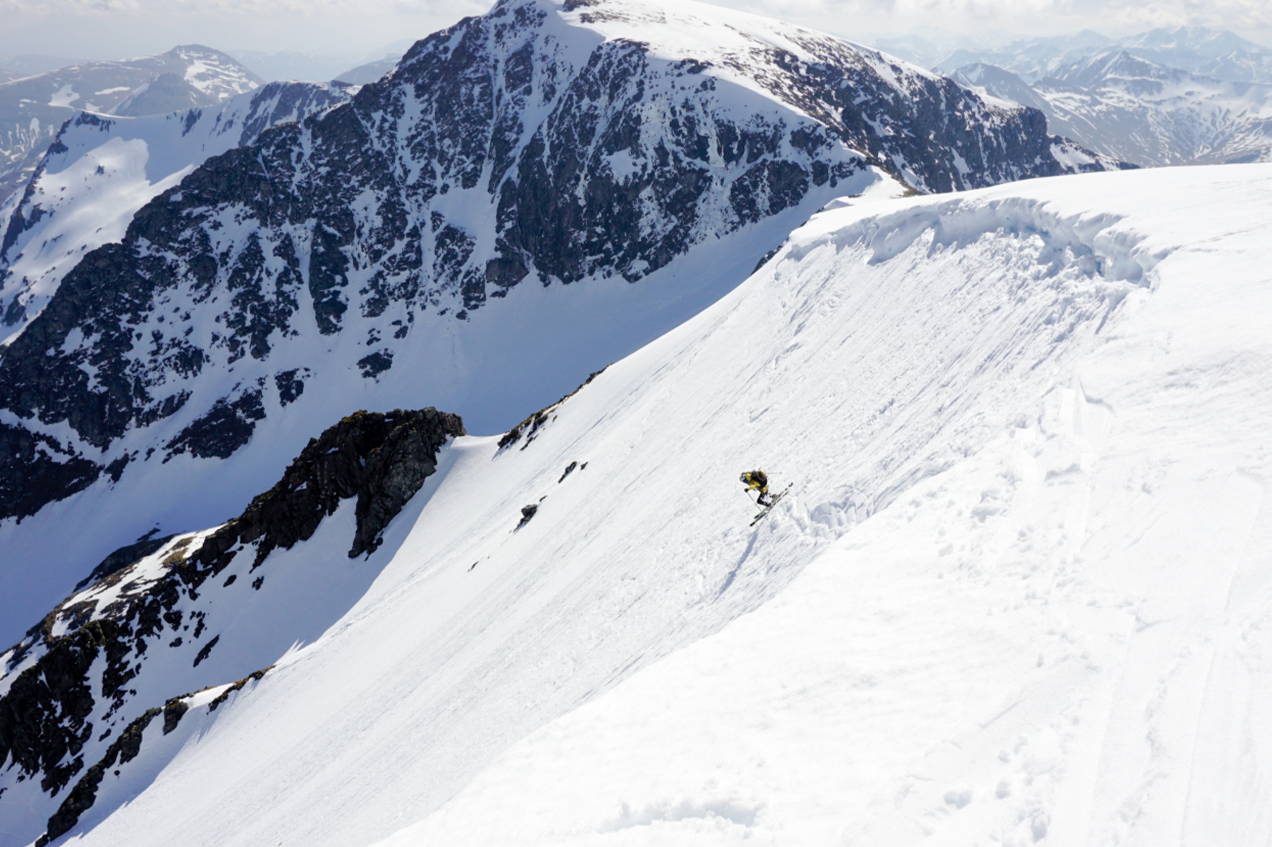 What initially inspired you to start hand making skis in Scotland?

"Scotland has such a rich tradition of skiing, dating back to the first ski race on the slopes of the nearby Ben Lawers in the 1930s. Since then there has been an explosion of small resorts from the east to the west coast, that govern a fanatical following among Scottish Skiers. Scottish snow can be very ephemeral at times, so ski mountaineering is often the best way to find a good patch somewhere in the Scottish Highlands. With all the history and beautiful terrain on our doorstep, I thought it was crazy that Scotland didn't have a ski company, so I took it upon myself to start one here in the historical home of Scottish ski making, Birnam. I consider it great serendipity that I accidentally chose the same road in the same town as Scotland's last ski maker Leo Vielhaber. Perthshire also boasted another Austrian ski maker, Gustav Fischnaler. His skis can still be seen in the Glenshee cafe." 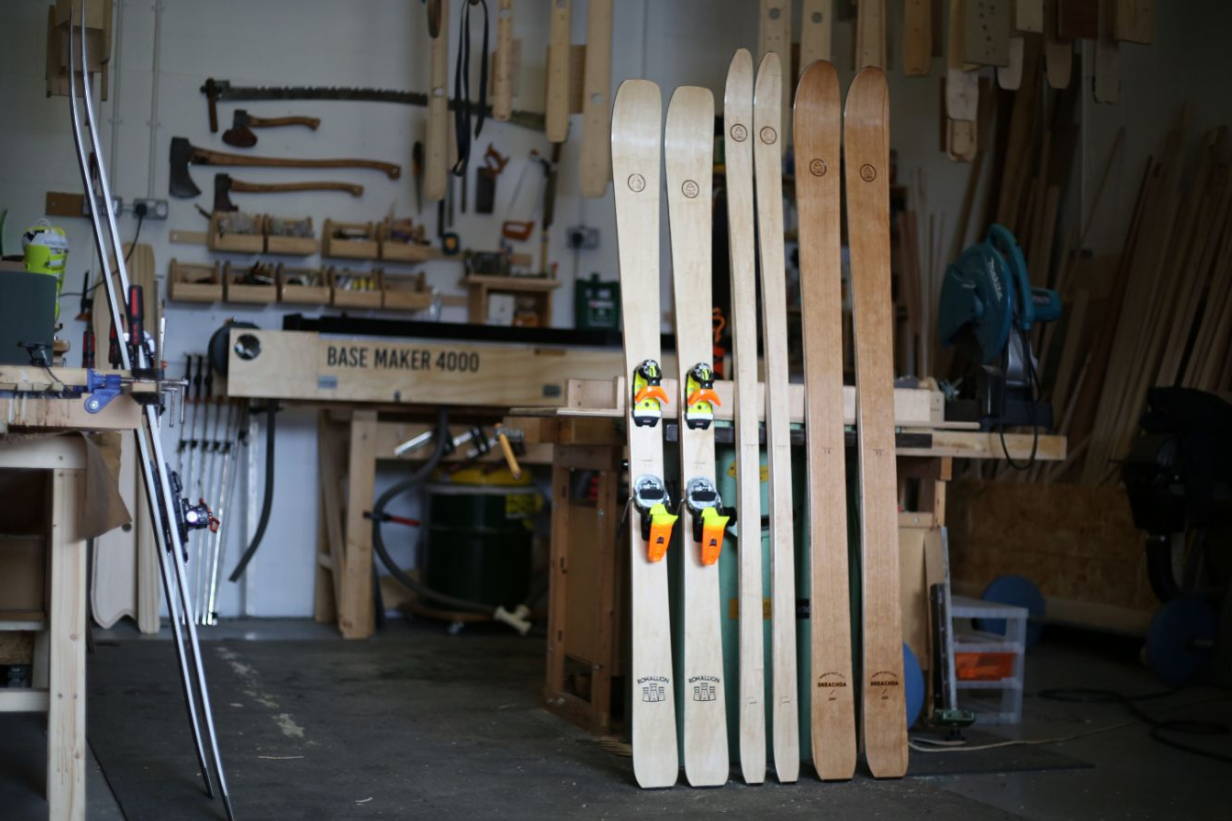 How are your skis better for the environment in comparison to their competitors?

"I wanted to make the skis have a lower carbon footprint and also celebrate wood's awesome mechanical properties for skis. So, I did away with the plastic top sheet and sidewalls, in favour of a full-width hardwood core and hardwood top sheet. I also use an environmentally friendly resin to glue the wooden layers together. I reinforce the wood with a mixture of high-performance carbon fibres and some glass and natural fibres. Although these have a higher carbon footprint, they make the product last longer and keep its shape over repeated hits. Being wood you can also repair and re-varnish the skis like an old wooden boat. Making them look nearly brand new after a sand and a coat of varnish. I hope that with care the skis will last many seasons!" 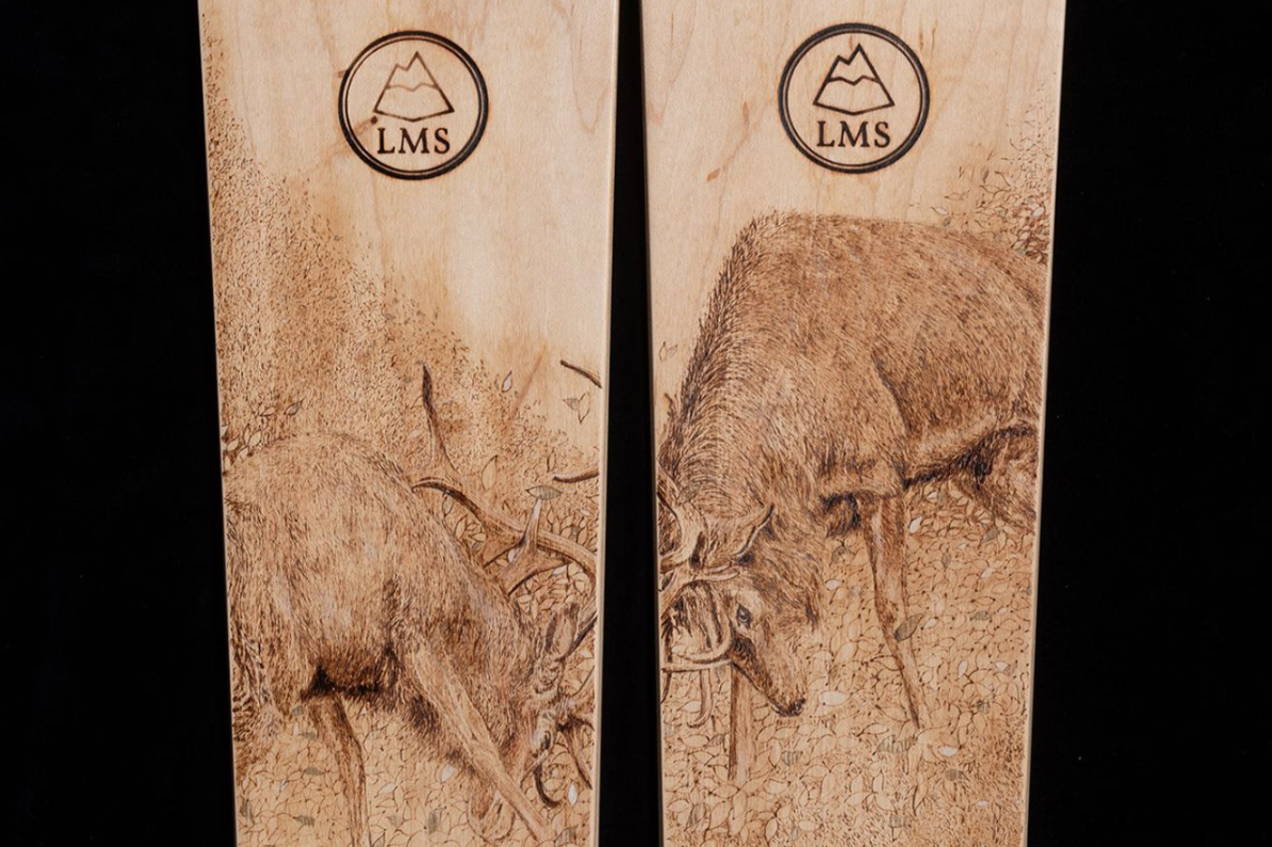 You produced a ski for the National Museum of Scotland. Can you tell us more about that?

"I worked with my friend, Eben Rautenbach, for a really cool commission for the National Museum of Scotland. We took one of my all-mountain touring skis, the Sneachda, and Eben burned a scene that I saw outside my house of rutting stags into the top sheet. For the museum it tells a story about a craft tied closely to its local landscape and the touring ski offering an insight into Scotland's dwindling annual snowfall, forcing people to look outside of the resorts for their skiing."

"From my point of view, I would love to see people buying more handcrafted skis over mass-produced skis. Chiefly because a small ski maker will put so much more effort and care into creating a really great ski, often reveling in doing every single process from start to finish themselves. When you order a pair of handmade skis, you also form a relationship with the artisan which makes the product seem more special. I think supporting small artisan ski companies will create a more interesting, rich and diverse ski culture worldwide."

Lonely Mountain Skis was an ISPO Gold Award Winner back in 2016/17. Can you tell us specifically what you won the award for?

"In the winter of 2016, I was very fortunate to win a gold medal for my Sneachda ski in the ski touring category. It is a ski that I had been working on for a couple of years with a good friend, Philip Ebert. We created and tested loads of different iterations, to come up with some decent Scottish all-mountain touring skis, with enough grunt to tackle the hard steeps and light enough for the ascent." 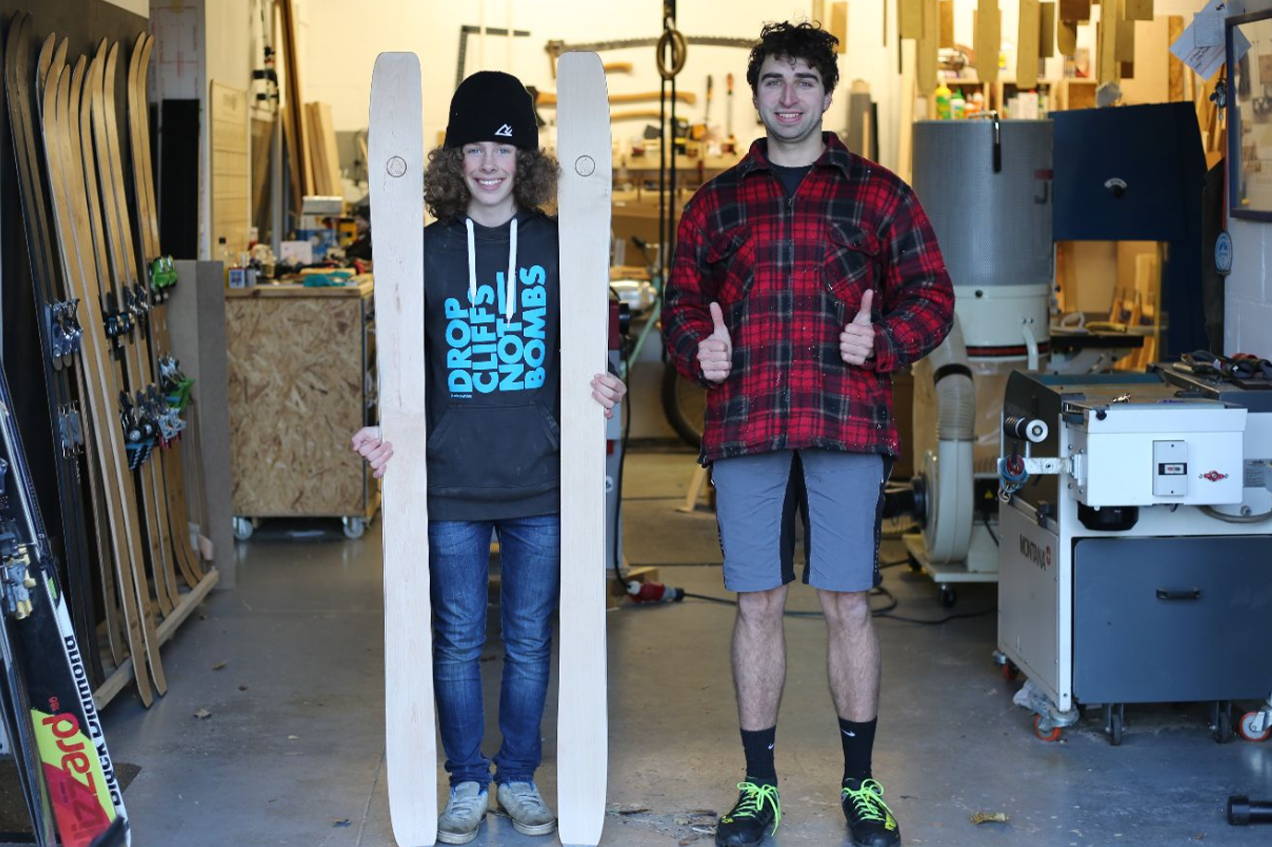 Finbar Doig recently won Best Skier and a year of ambassadorship with Planks Clothing at the Tignes Film Awards. Finbar is a Lonely Mountain Skis athlete, can you tell us a little bit about him and where you see his skiing going in the next few years?

"I wanted to have Finbar Doig on the team, because of his infectious enthusiasm for Scottish freeride, his effortlessly cool style, then his positive attitude on and off skis. Finbar has gone from strength to strength over the last couple of seasons, taking his repertoire of tricks to bigger and bigger backcountry hucks. His eye is fixed on skiing big gully lines, skiing fast, then throwing in his signature backflips off cornices and rock features. Finbar enjoys competing in freeride competitions, his first experience was competing in the Scottish Freedom Series, which he won a few seasons ago. It's a great series spanning some of Scotland's best resort accessed backcountry, it even has a pure backcountry round on Ben Lawers, which Finbar won in great style immortalised in a photo by Ed Smith."

Yoga for Skiers With Yeh Yoga